After visiting Nezame no Toko, we visited Magome Juku.

Magome Juku is a post town on the old Nakasendo Highway.During the Edo period, there were two roads which connected Kyoto and Edo (now known as Tokyo). One was the Tokaido highway, which passed by the coastline while the other Nakasendo highway passed through the mountains. The most scenic stretch of the 500 km long Nakasendo highway is the Kiso Valley which lies between the Gifu and Nagano prefectures. This stretch was the ancient Kisoji trade route amalgamated with the other routes to form the Nakasendo highway in the Edo period. The road leads along the Kiso river through mountains densely forested with Japanese cypress trees.

During the shogunate, travellers were subject to several restrictions and as such most journeys were performed by foot. As such travellers needed to rest at frequent intervals and this led to the development of post towns (Juku) along the highway. Weary travellers could find a place to rest, overnight accommodation and food at these post towns. Few post towns in the Kiso Valley, Magome, Tsumago and Narai have been preserved to look as they did during the Edo period. 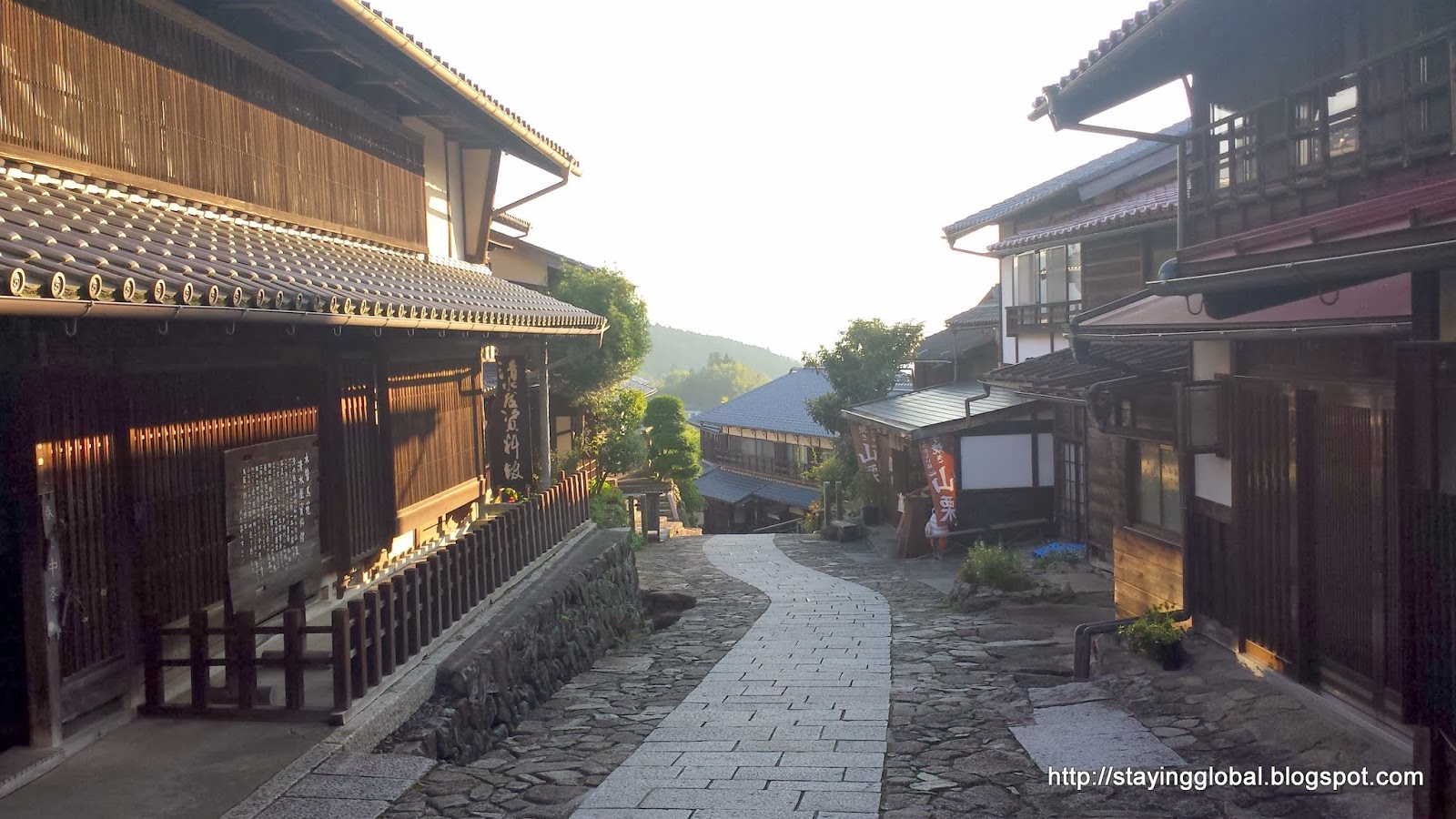 Magome town is one such post town which retains its Edo period look. The stone paths , the wooden buildings, the rice fields, the inns and an old water mill all remind visitors of the bygone era. 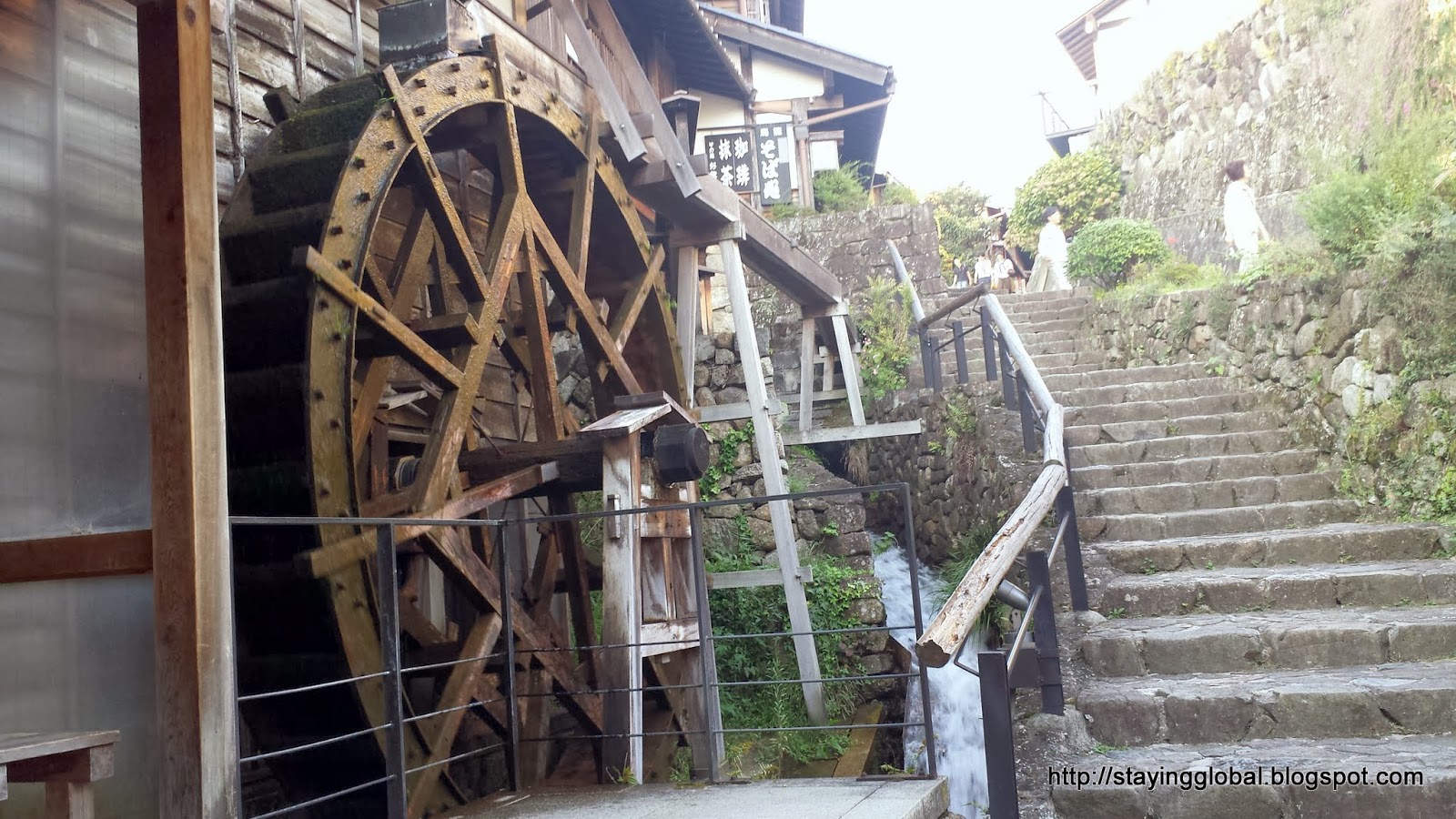 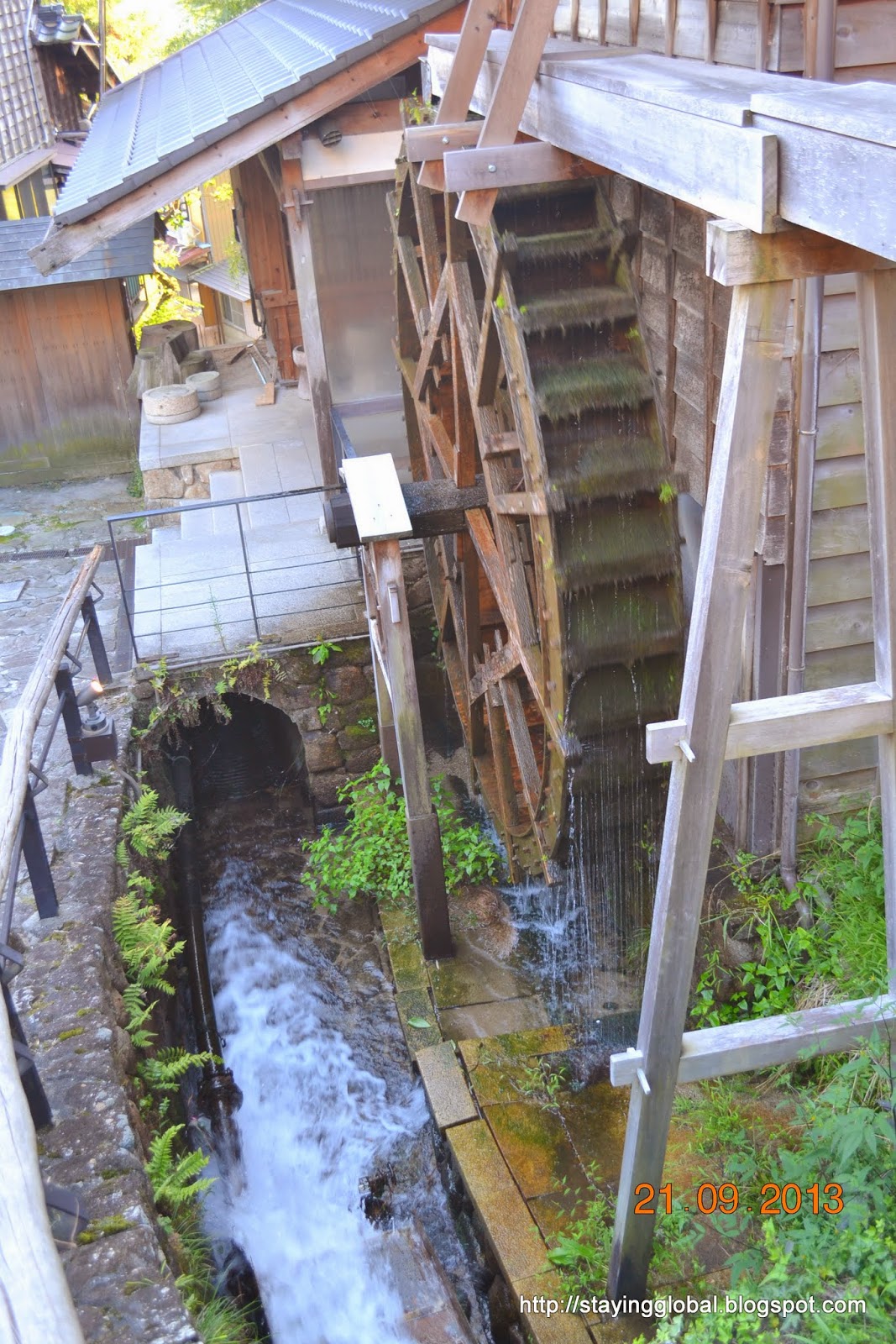 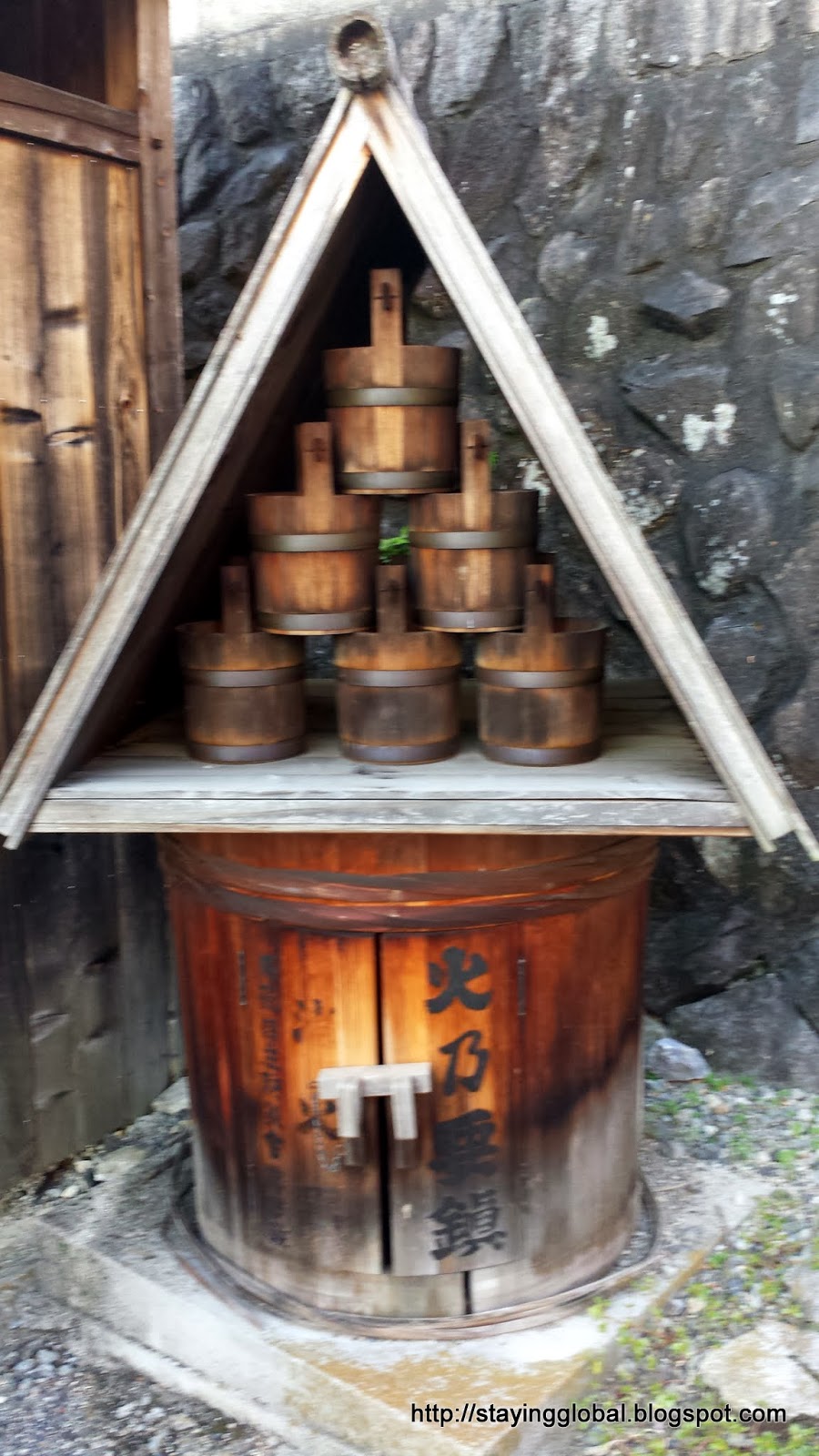 A broad stone walking path passes downhill through the centre of Magome. 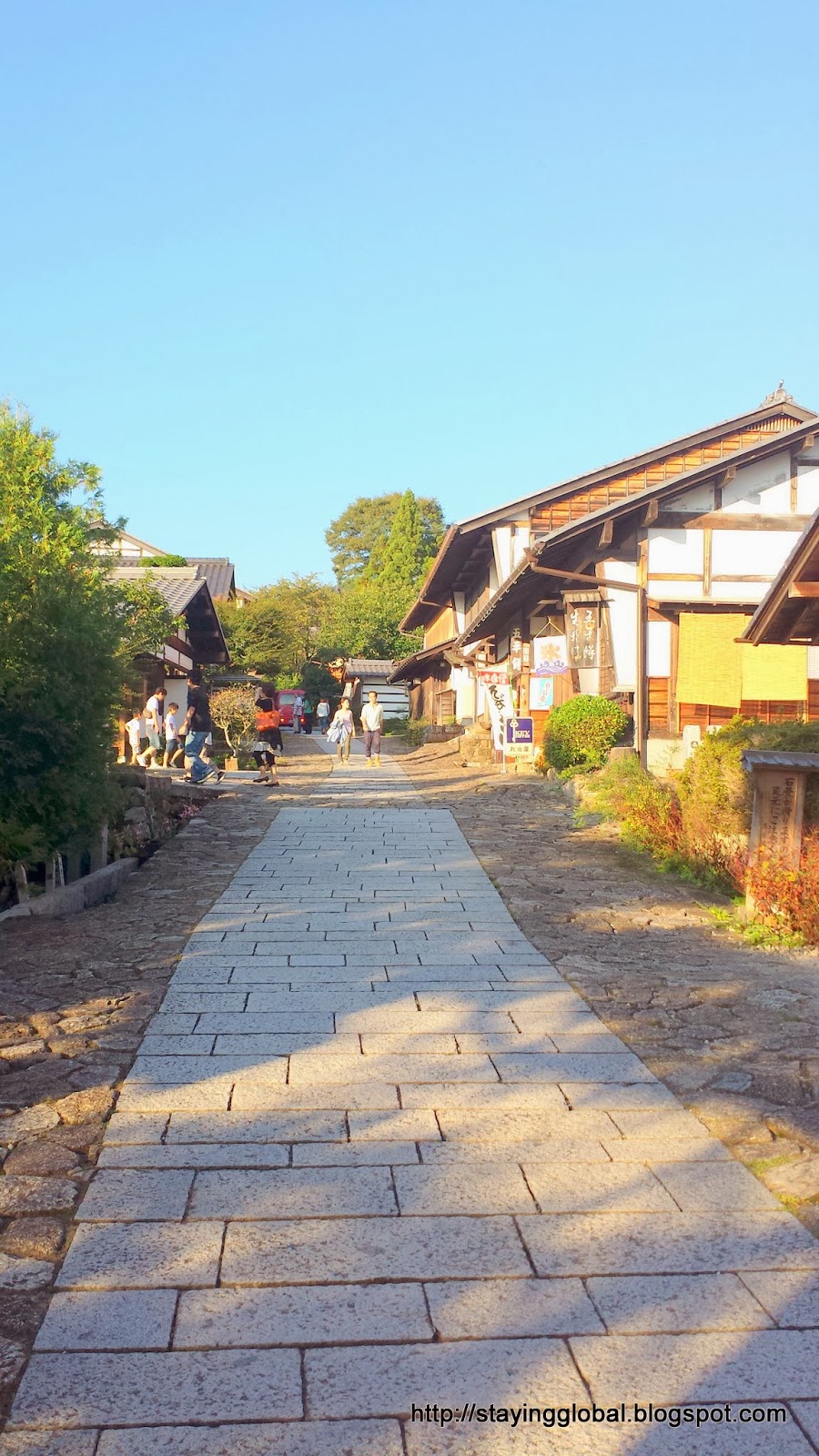 Magome was the 43rd of the 69 post towns on the Nakasendo highway. The uniquity of Magome among other post towns was that it was located on very steep terrain. Actually the name Magome written in Kanji (Chinese characters) means Horse and Basket, and is said to have been derived from the fact that travellers had to leave their horses at the inns since the road was too steep for the horses to climb ! 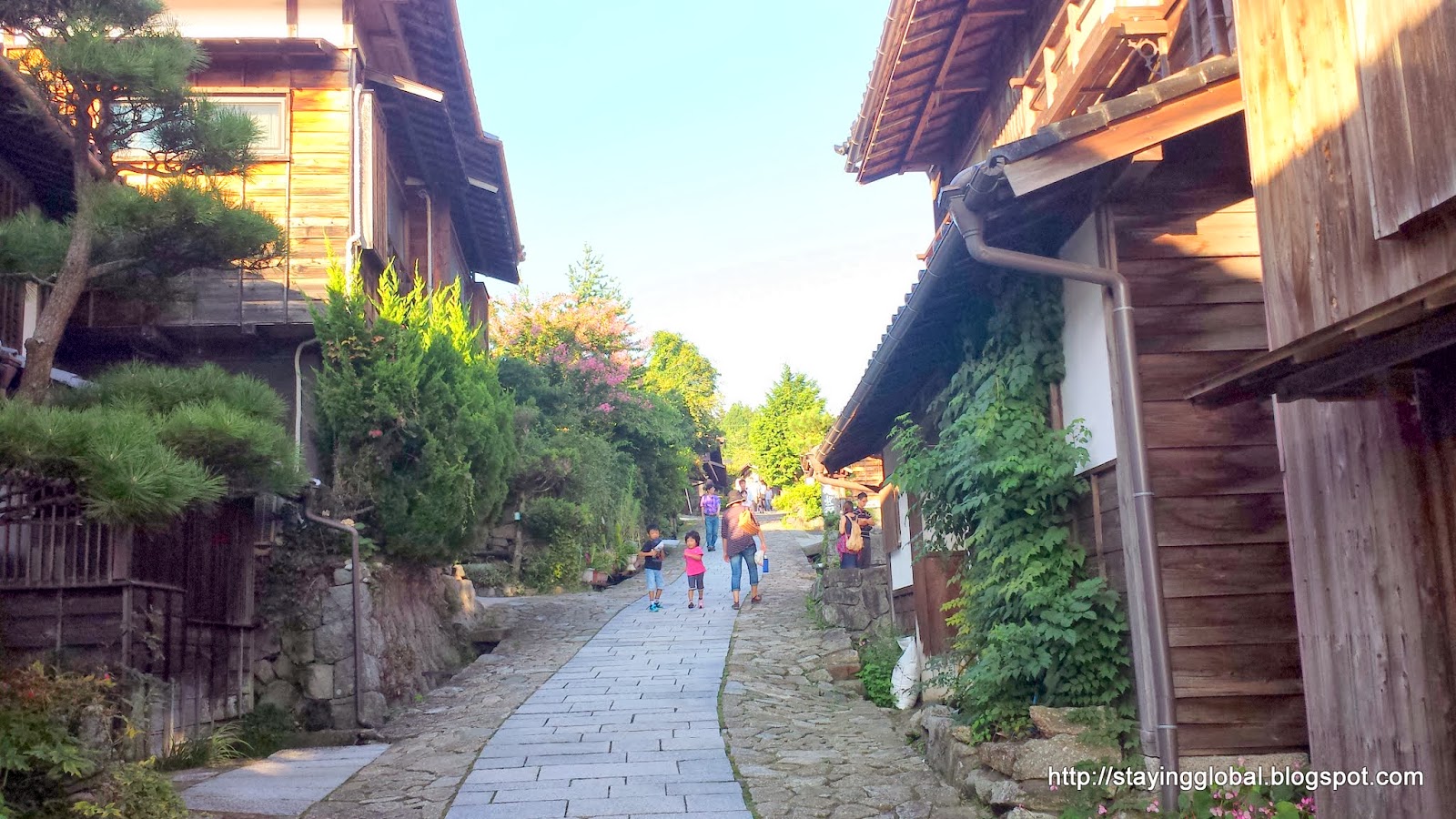 All buildings conserve their Edo period exterior. Telephone cords and electricity poles and wire are all hidden. 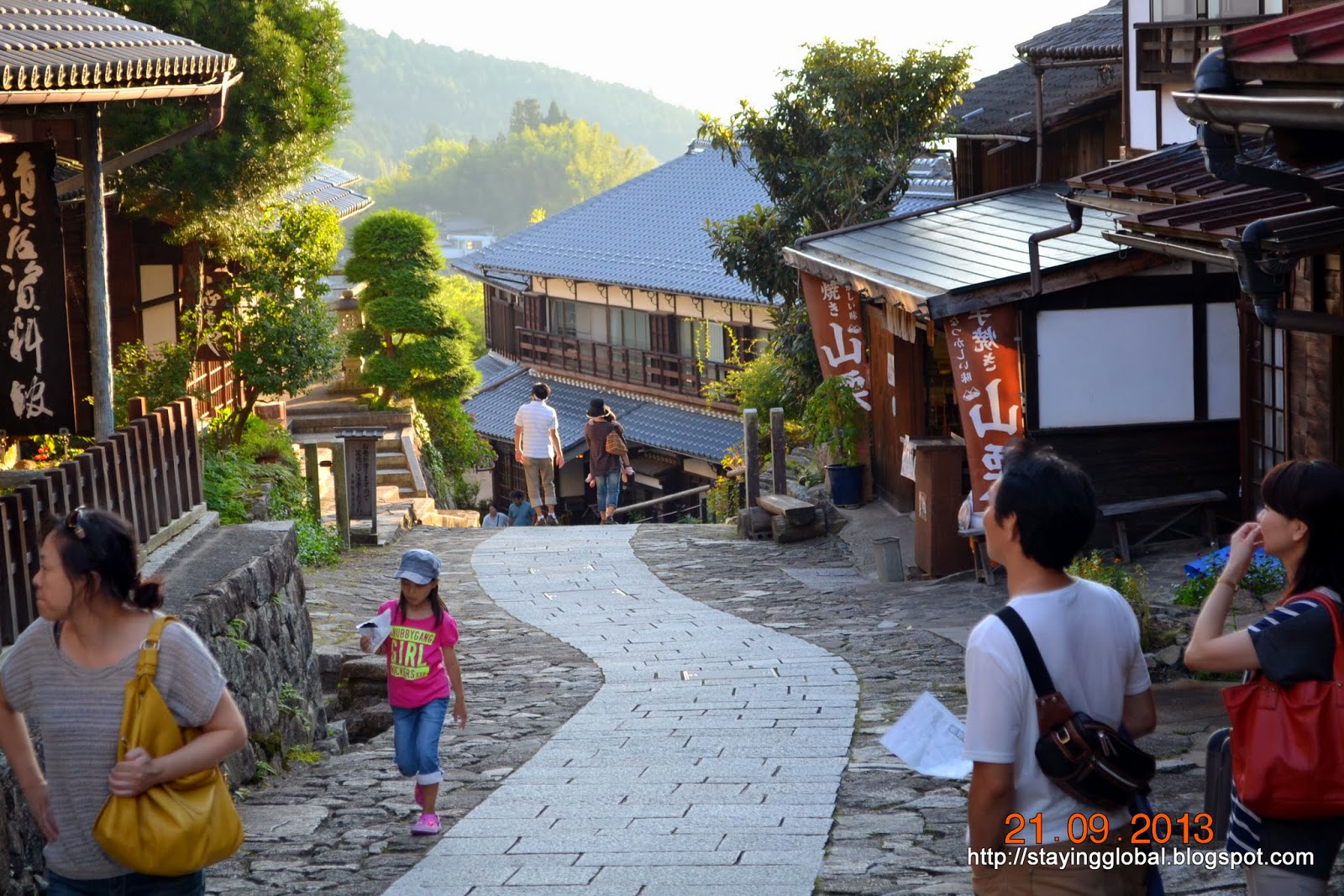 Magome town was destroyed by fire twice in 1895 and 1915 but the buildings have been retained. 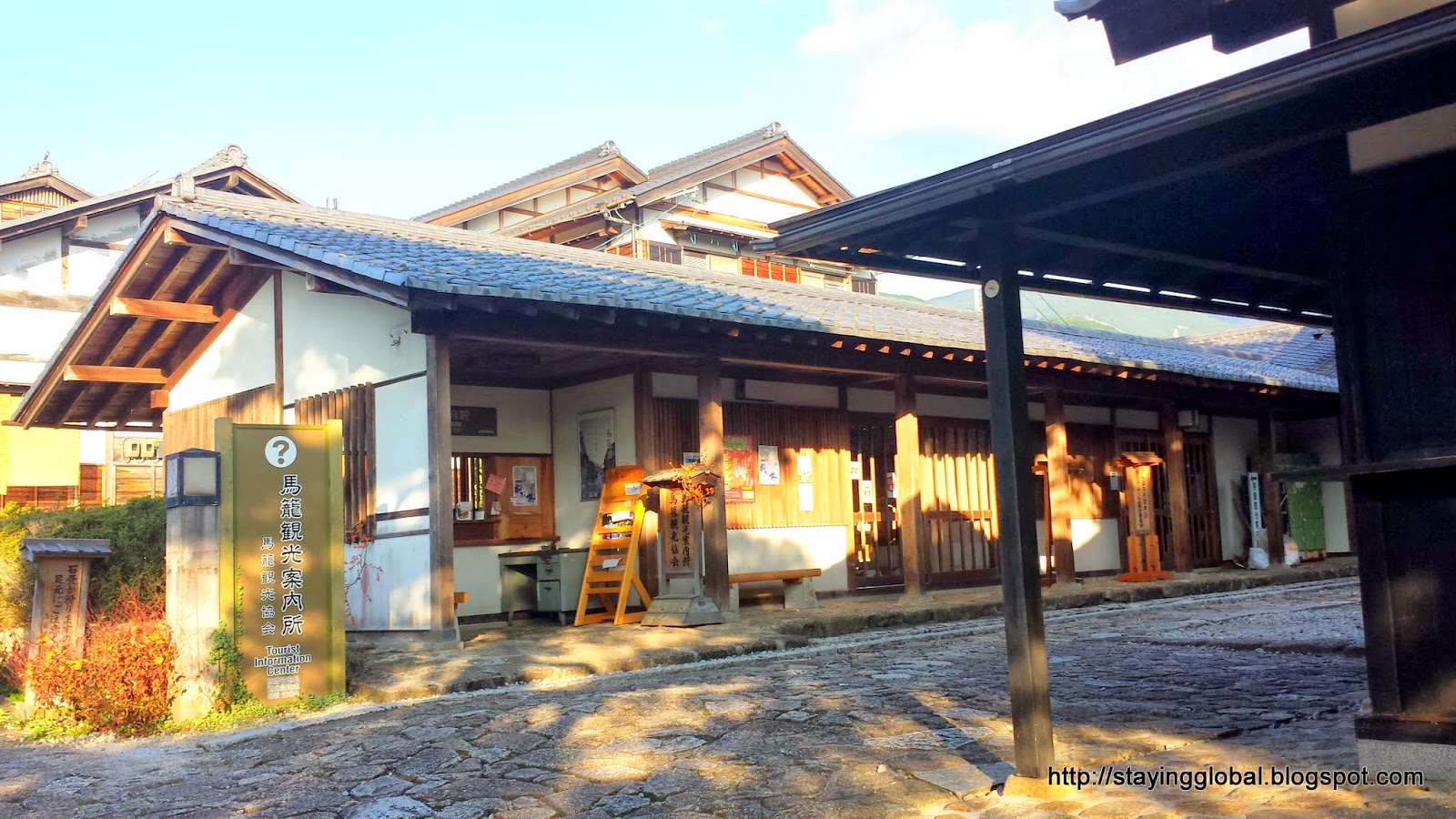 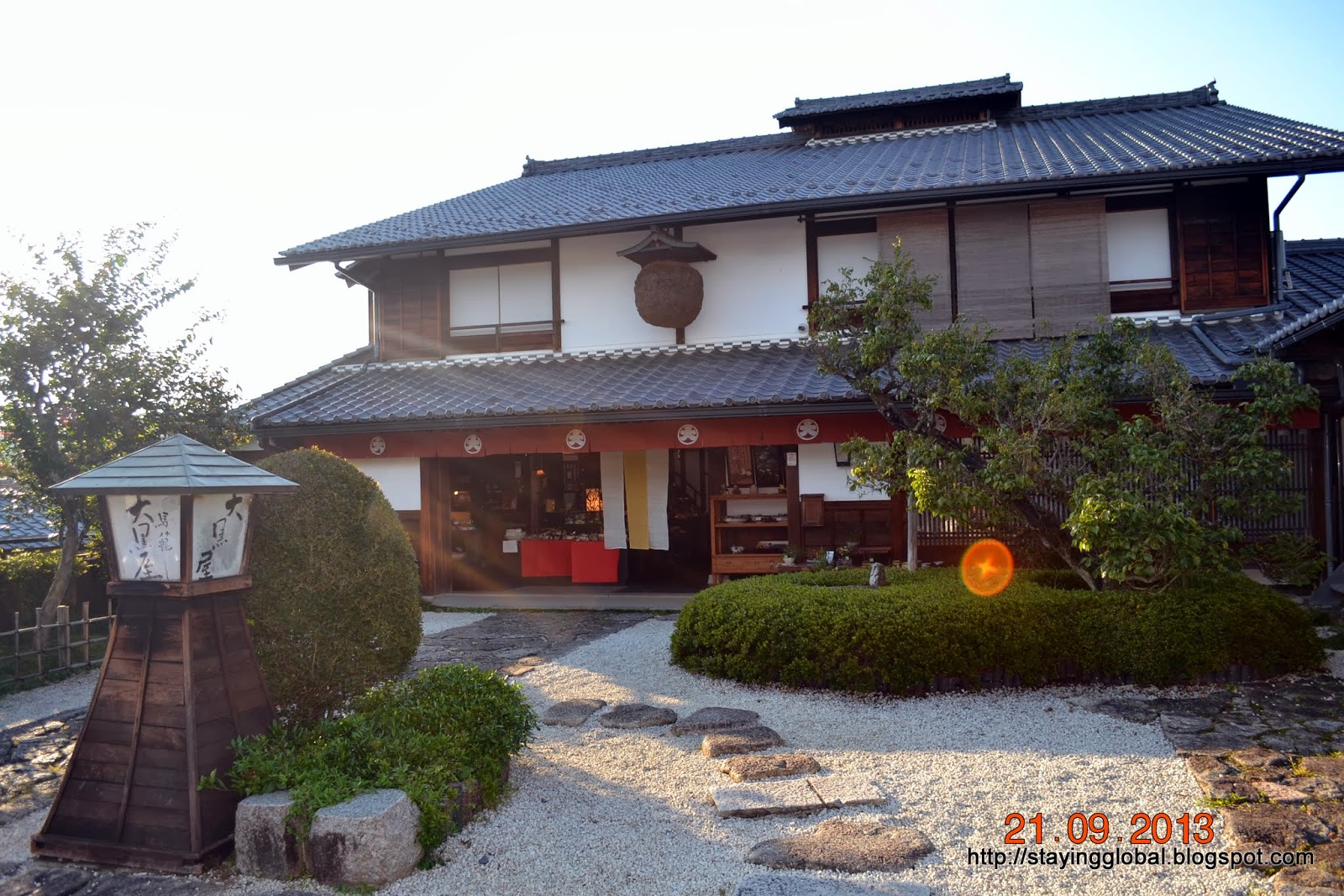 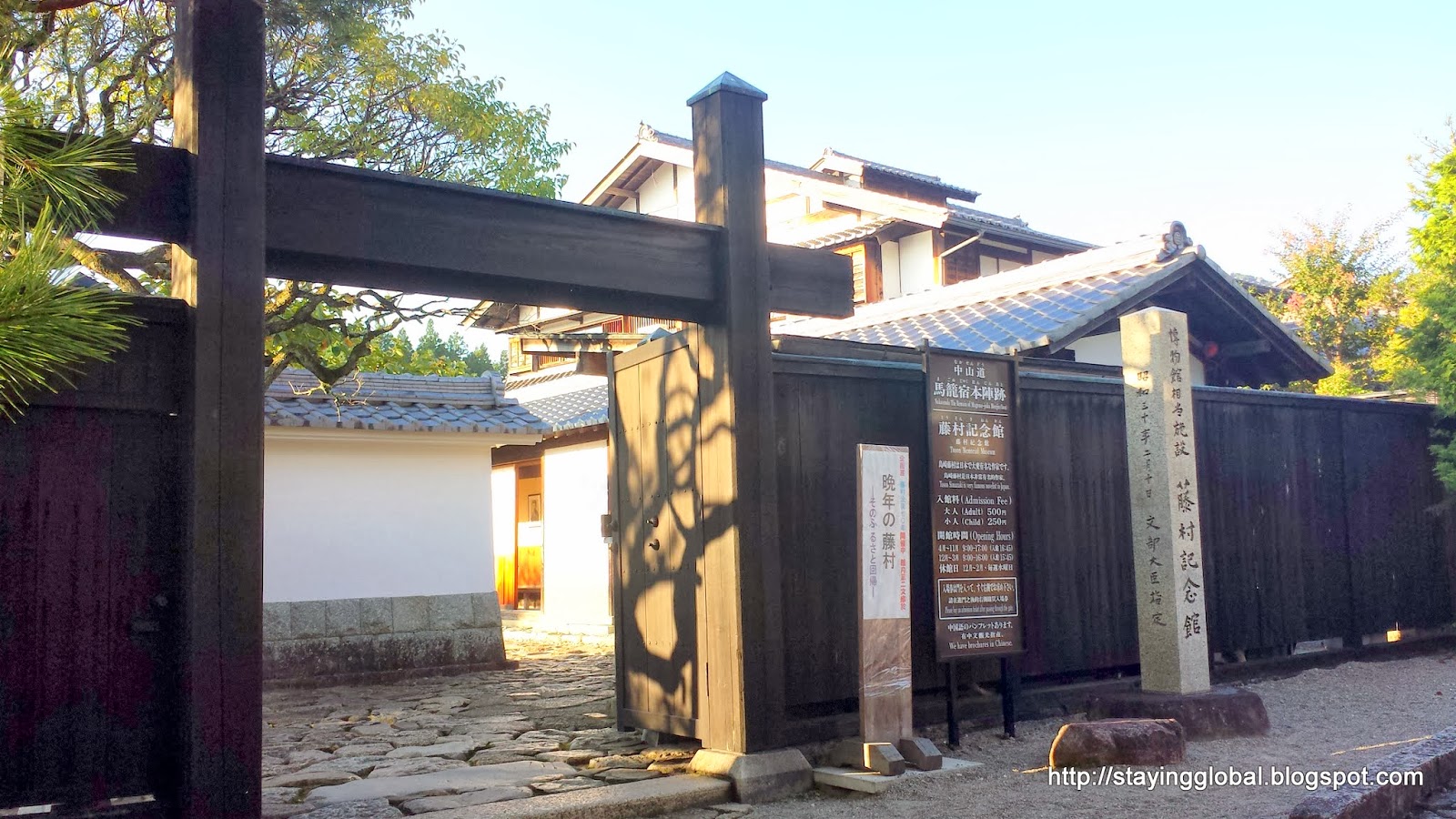 Some buildings have been converted into museums. 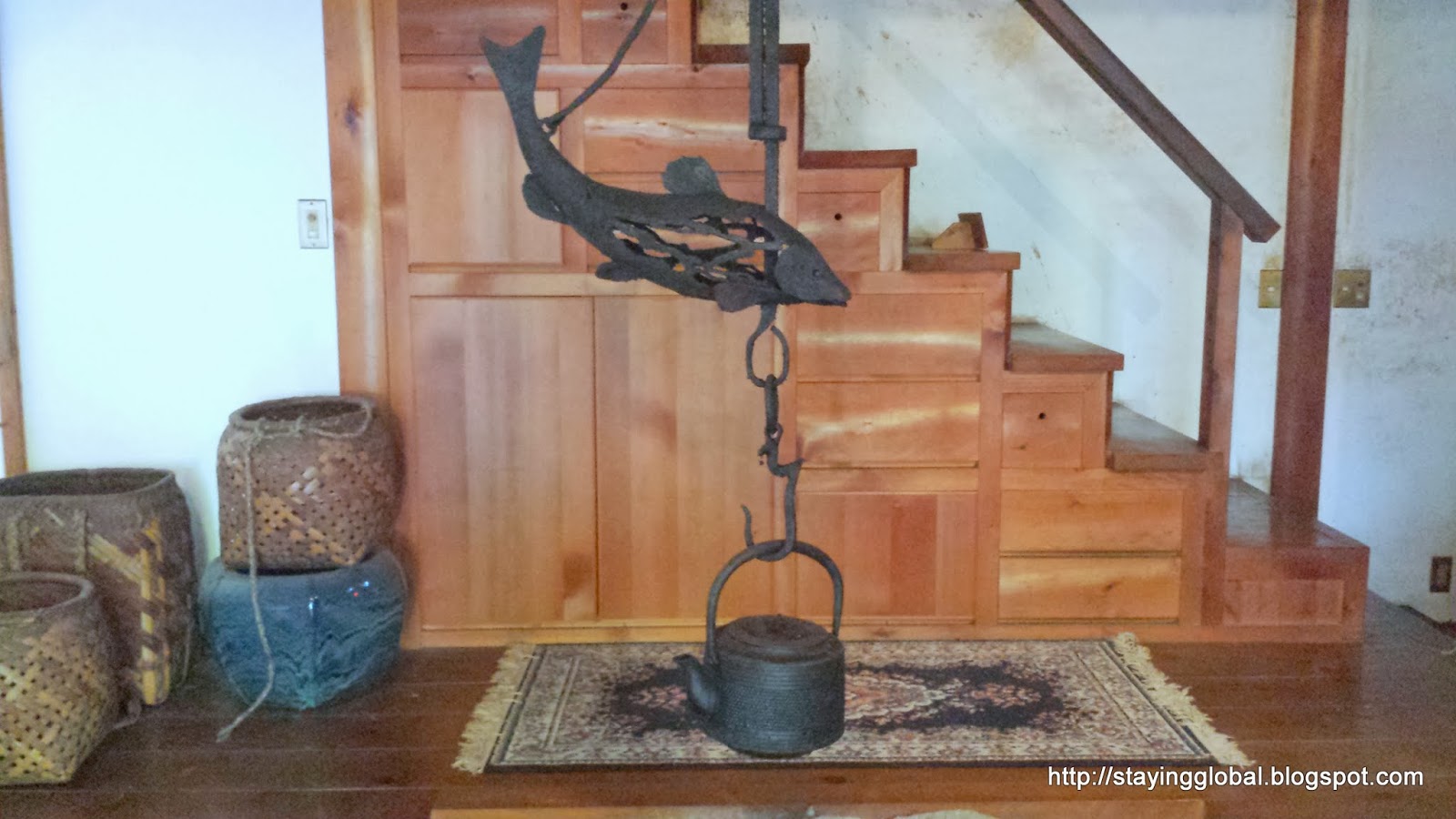 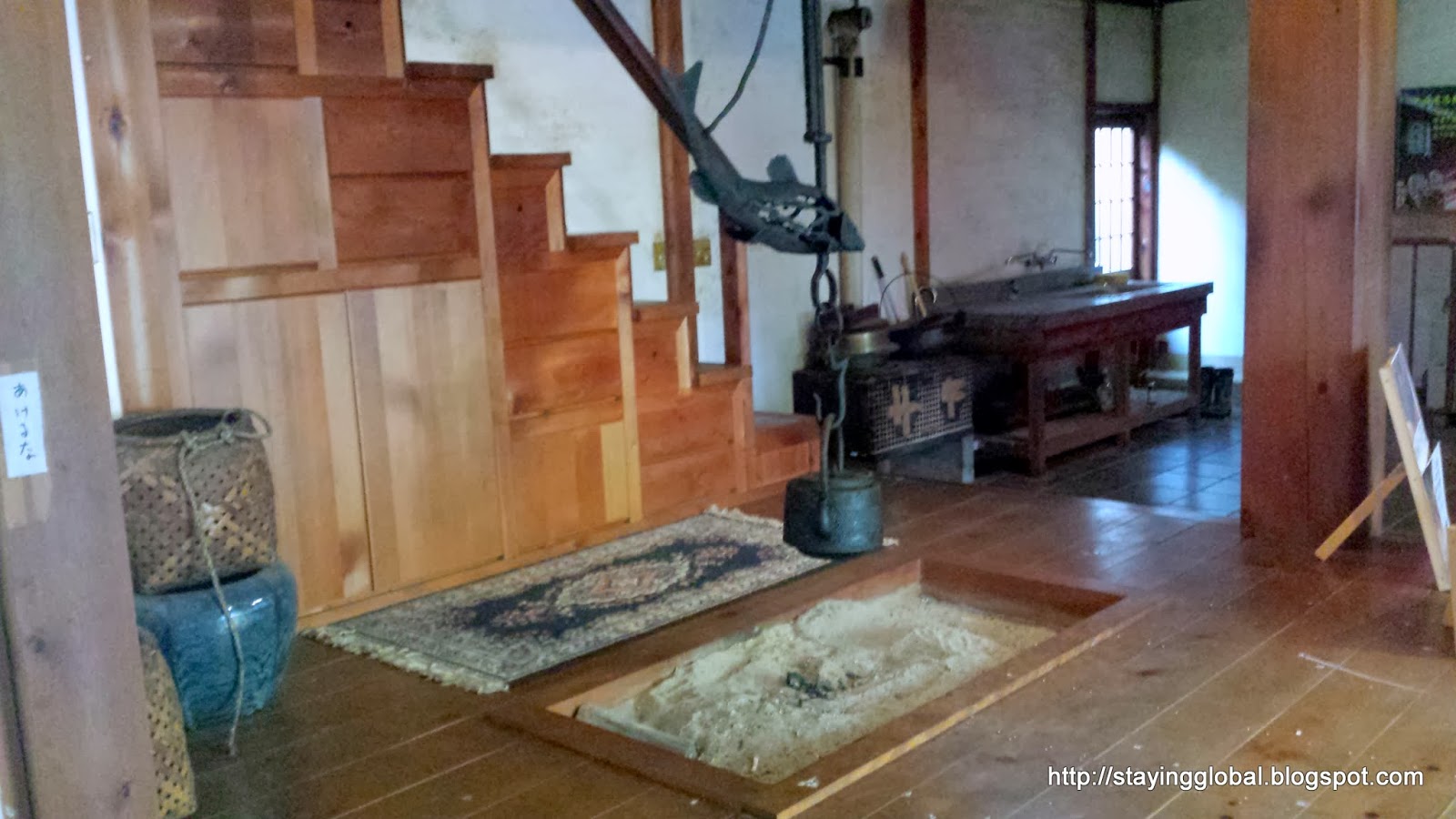 Some of the buildings are inns. 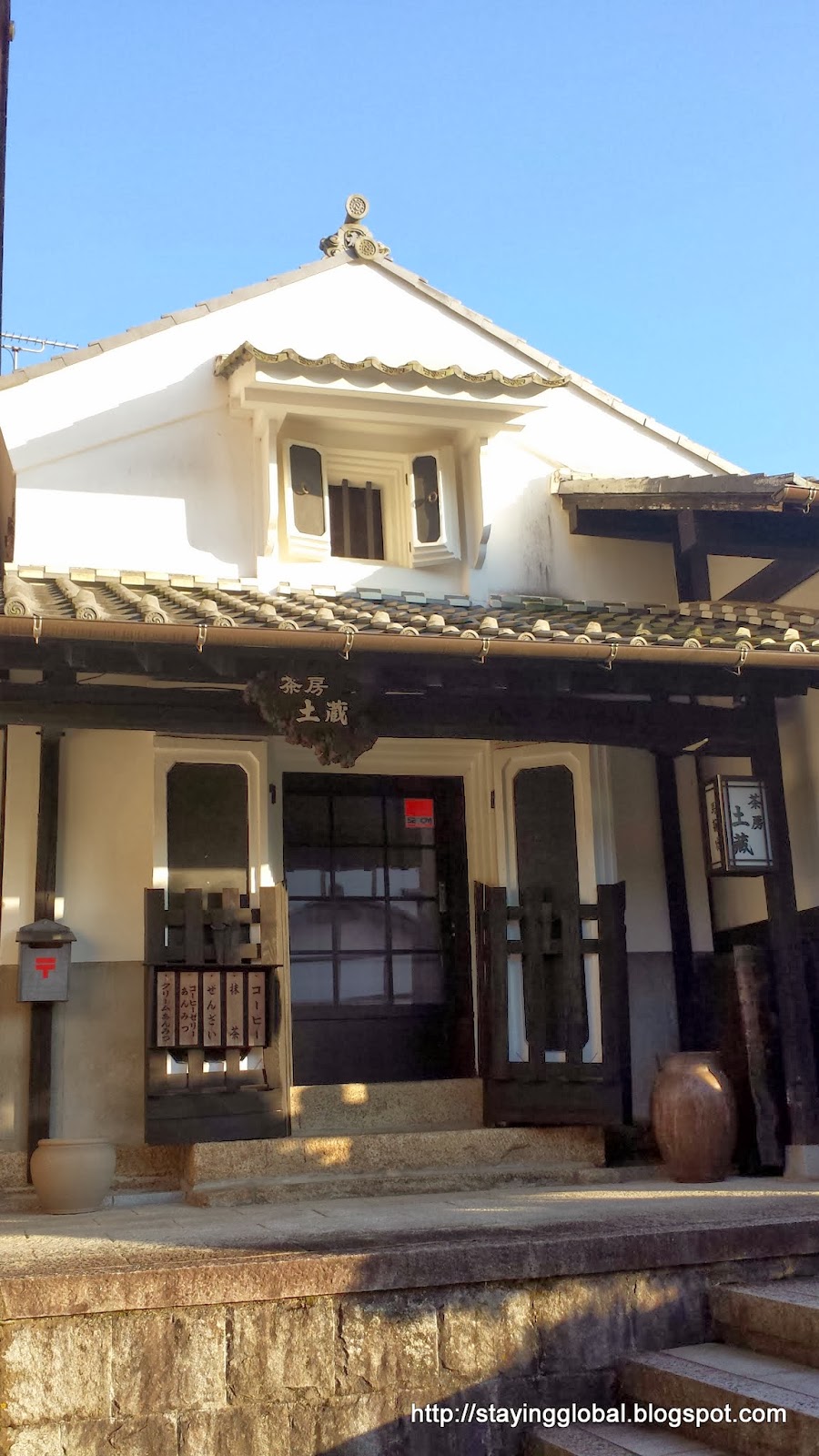 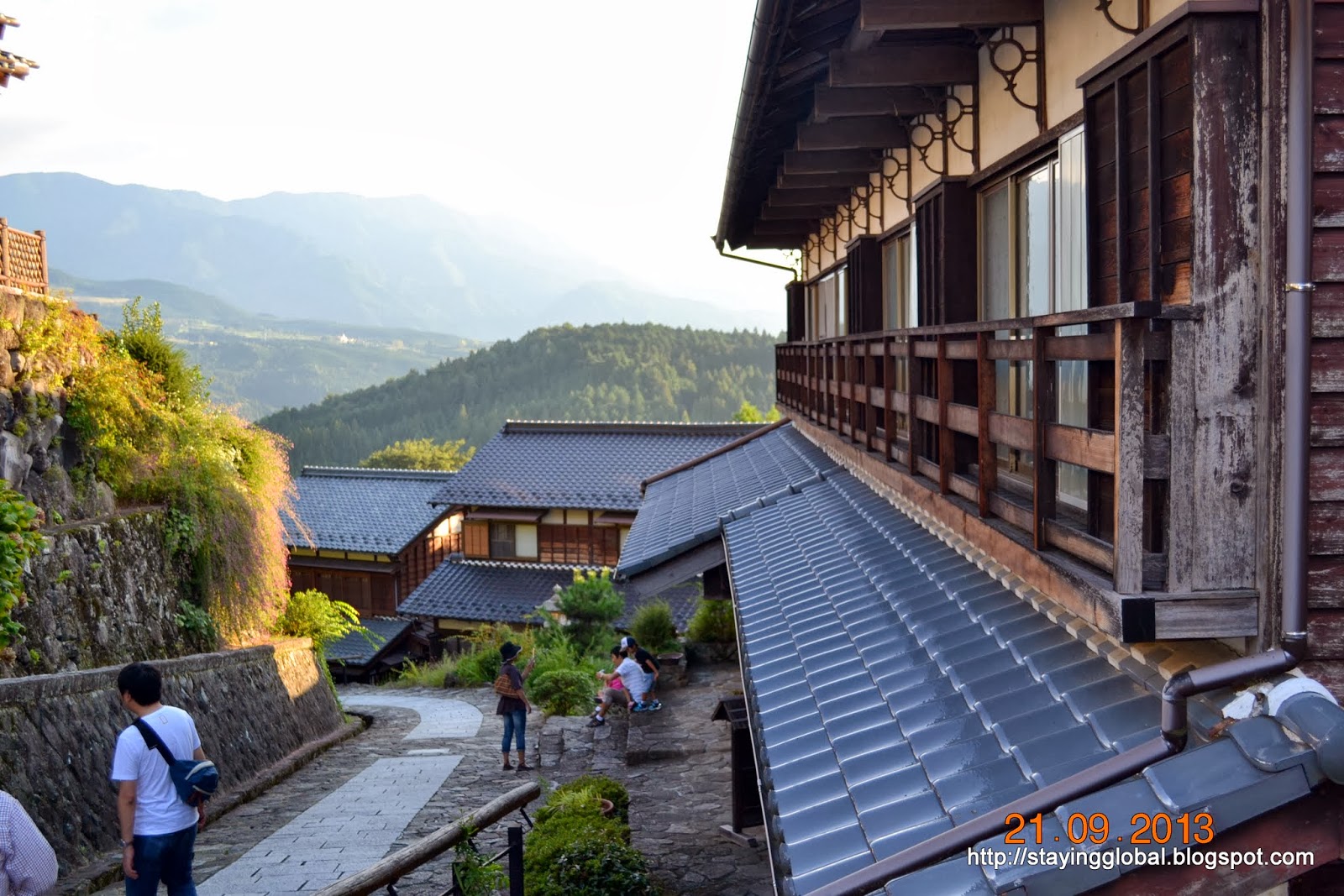 Plenty of buildings have been converted into shops selling local produce and craft. 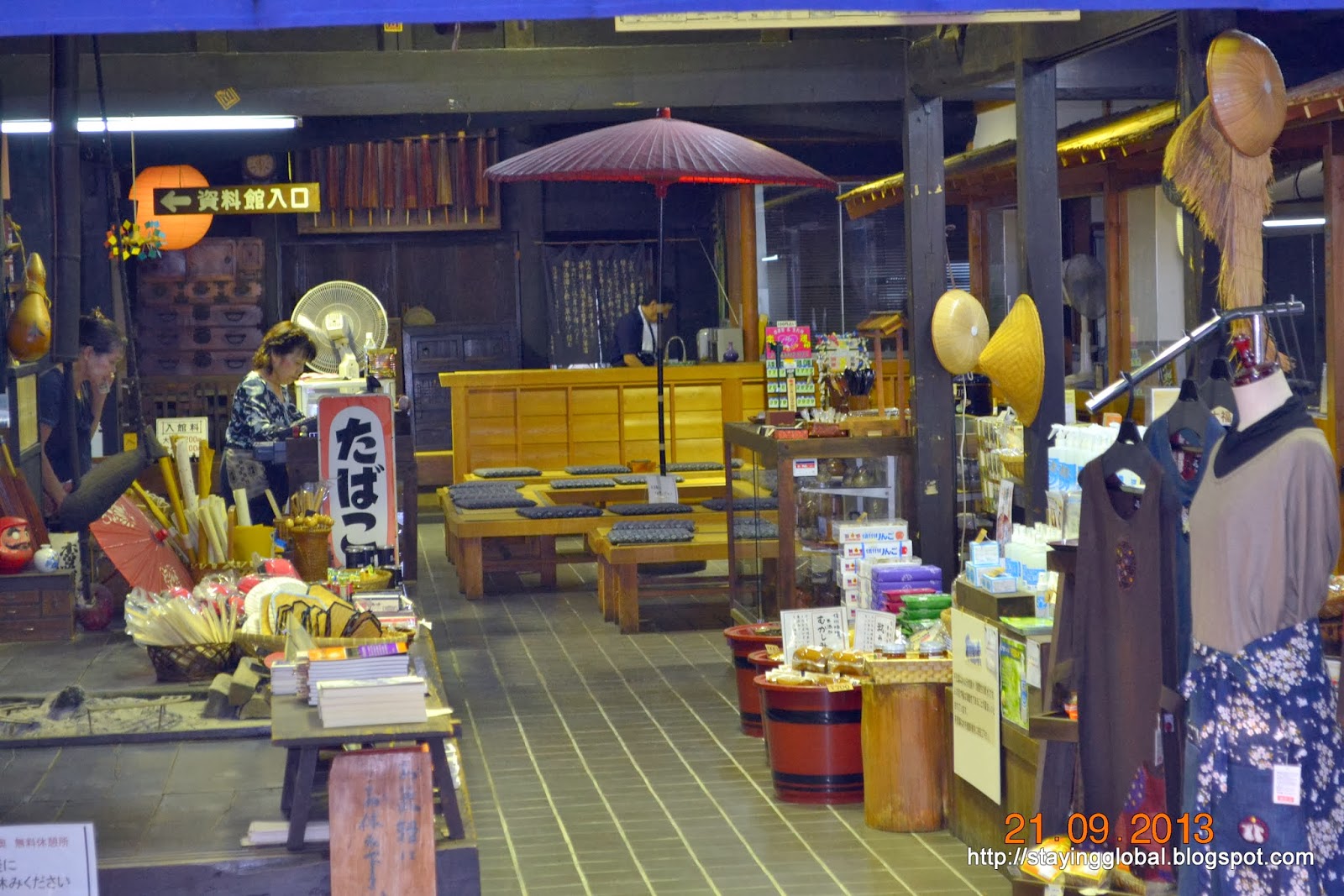 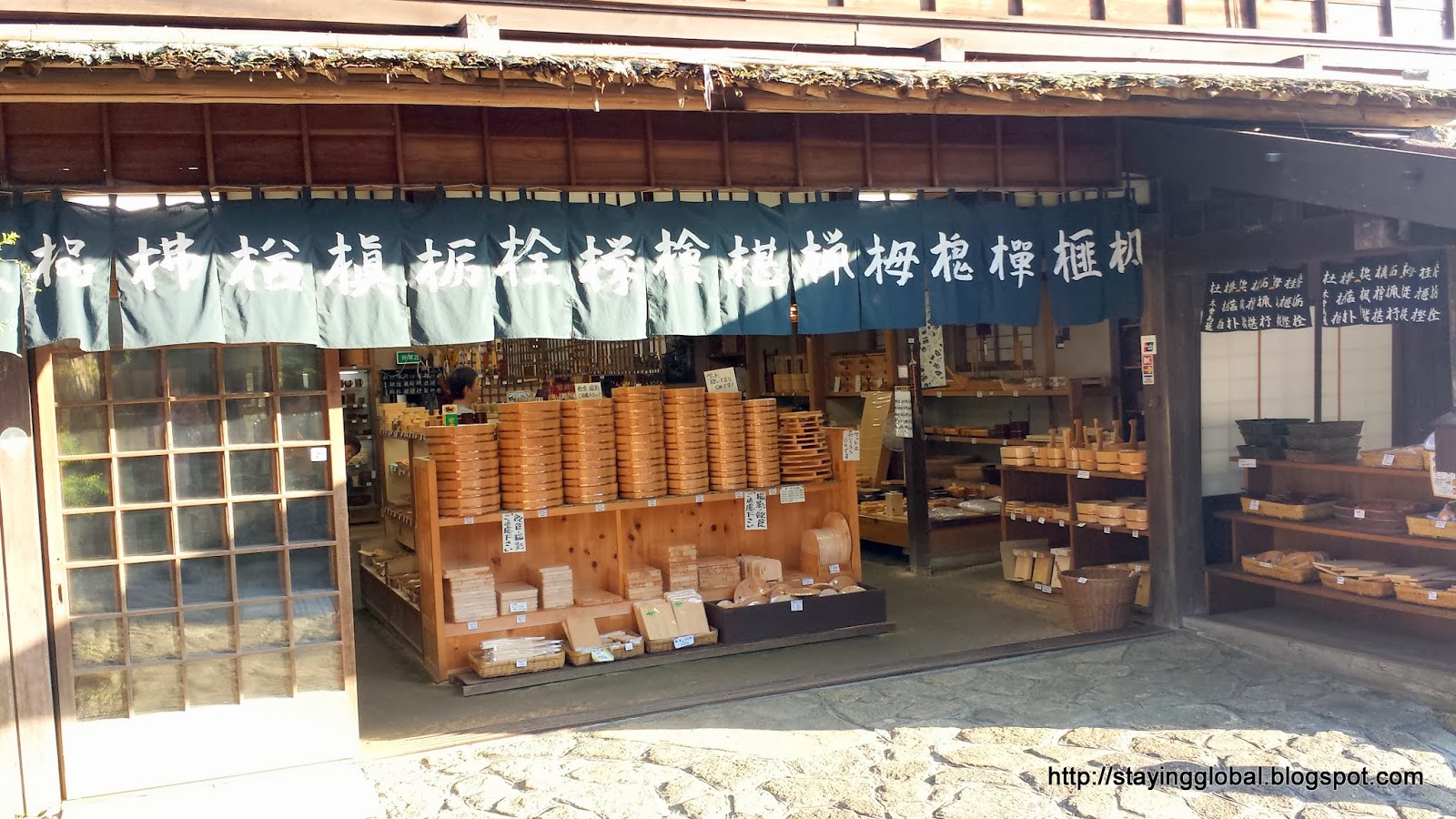 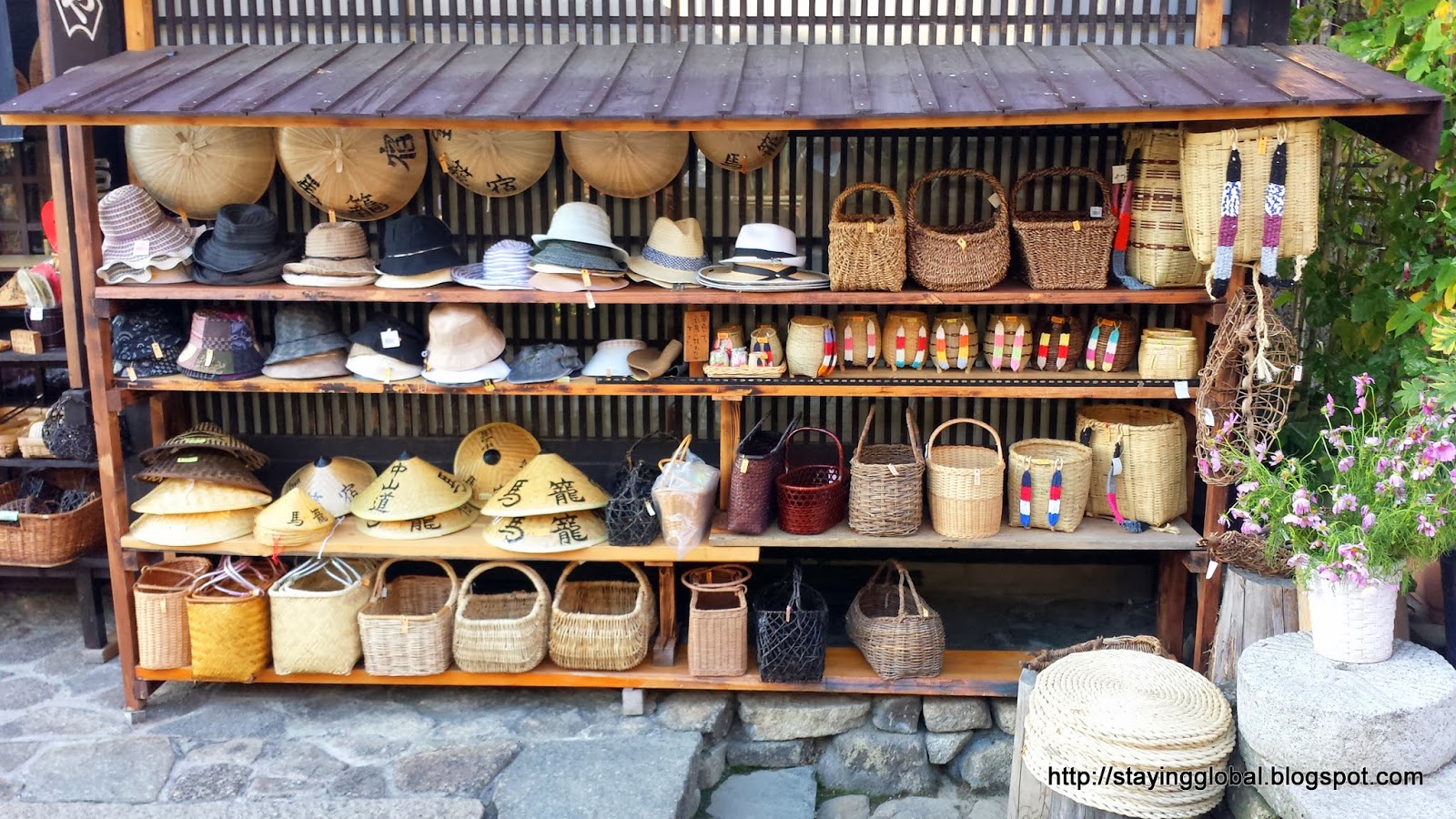 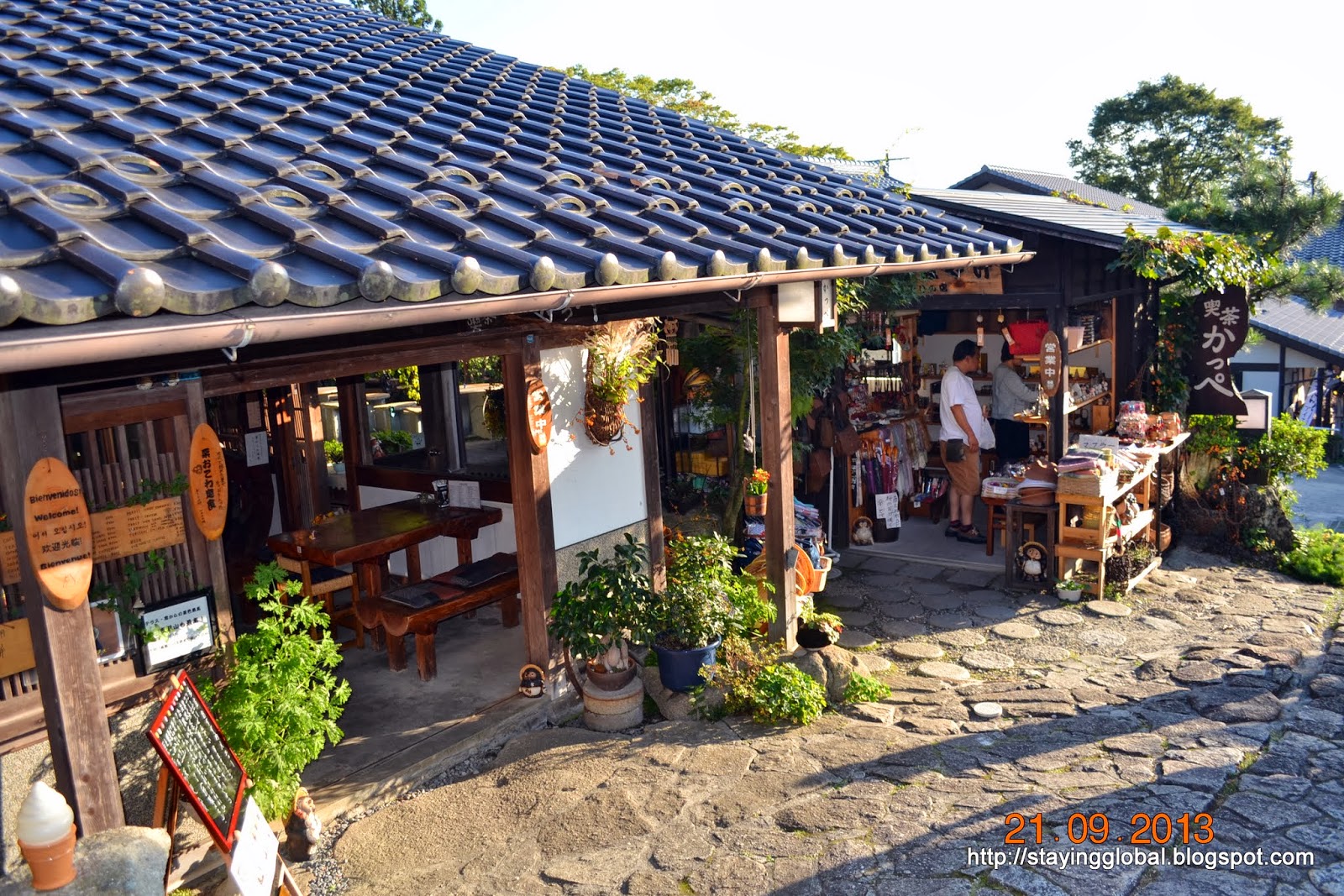 Even today a 8km walking trail, Magome-Tsumago Trail connects the two post towns of Magome and Tsumago. Stretches of the trail are said to be arduous. It is interesting to note that while Magome is in Gifu Prefecture, Tsumago is located in the neighbouring Nagano prefecture.